Si Phan Don is in the extreme south of Laos along the Cambodian boarder, where the Mekong suddenly and for no good reason fans out and forms an intricate set of 4000 islands (I counted them all and there really is 4000!). 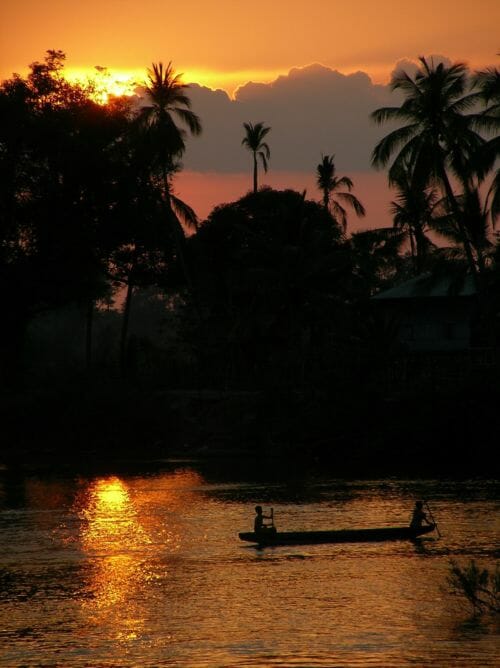 Life here continues at a traditional pace: very very slowly. There is not much to do, but spend the day relaxing, and enjoying the peacefulness of the scenery, and the locals.

The small break from the tranquility of the area was Pii Mai (known as Songkran in Thailand). Pii Mai is the Lao, Thai, and Cambodian new year. The country shuts down, people wear there finest clothes, go to the temple, have their Buddha images washed with holy water, give each other good luck bracelets, drink way to much lao lao, and douse each other with water. In Si Phan Don the water dousing was kept to a minimum, but there was plenty of drunken locals and almost everything was closed. This celebration lasted for 4 days! 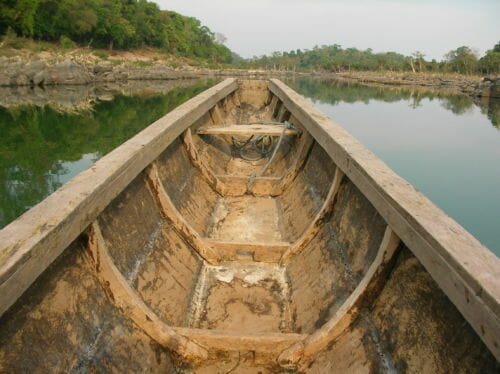 Getting around to see the sights usually involves riding in a tippy little leaky boat, and while you may end up going for a swim the sights in Si Phan Don more than make up for that slight possibility (it never happened to us but there were several VERY close calls) 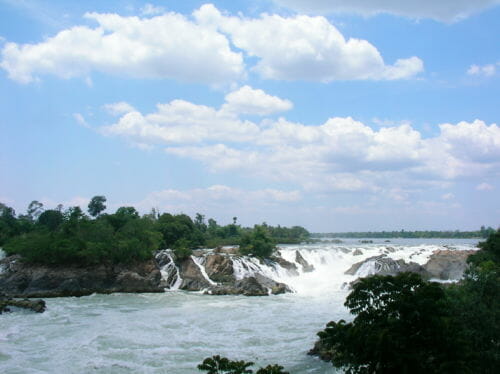 Khon Phapheng Falls (above) are the largest falls (measured by flow) in South East Asia. Somphamit Falls (below) are smaller but equally impressive… 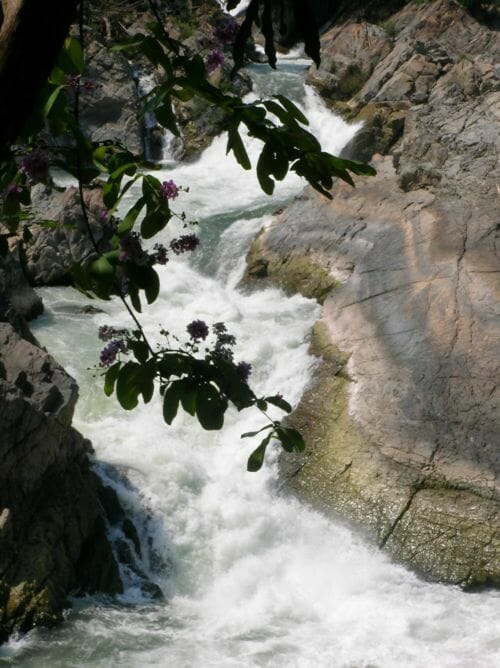 There are even Irrawaddy dolphins nearby… 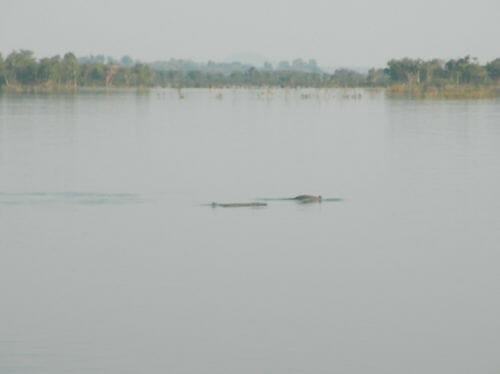 but they don’t get close enough for a good picture, so you will just have to take my word that those ‘things’ in the water actually are the super rare freshwater dolphin.

The locals in this area have even managed to breed an exceptionally ugly kind of pig. 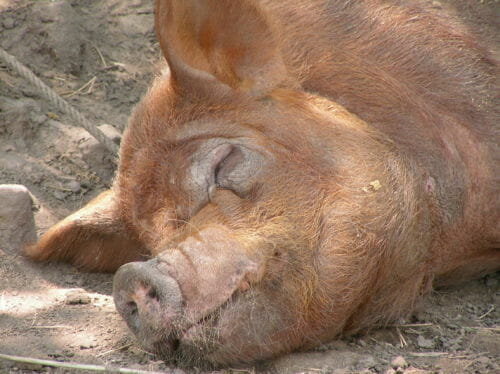 The picture does not do it justice… it is MUCH uglier in real life. Why did the local villagers set out to create this monstrosity? I don’t think the rest of the world is ready for the answer to such a question.