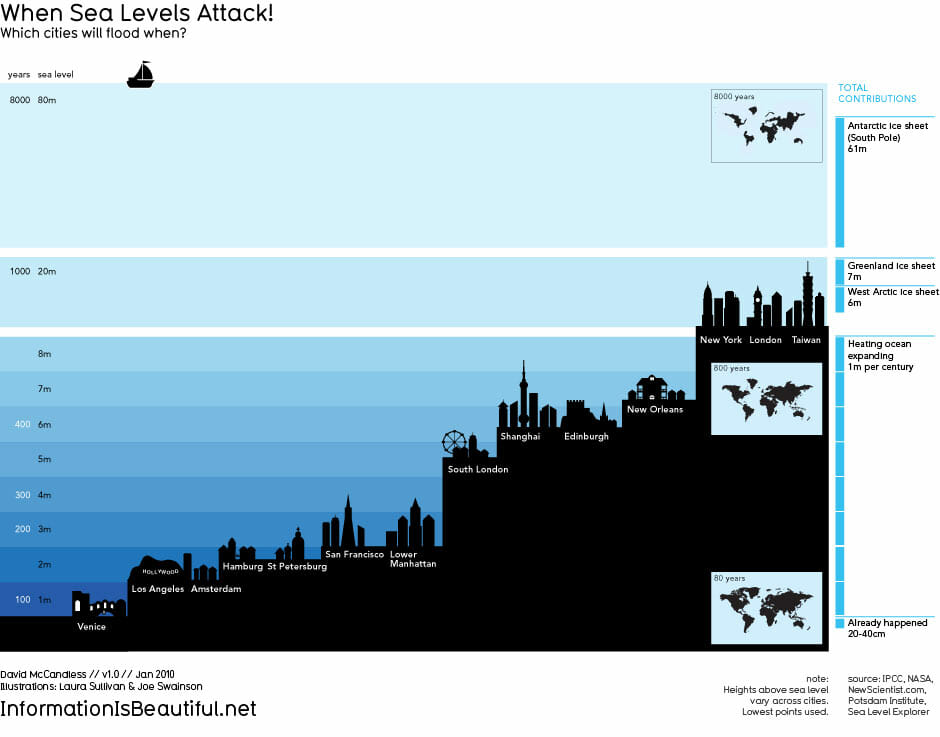 Want proof that deniers are not making scientific (or even coherent) arguments? Well take a look at their reaction to a study by Mark Siddall et al. that was recently retracted. Actually we need to go back a bit further to when this particular study was first published. 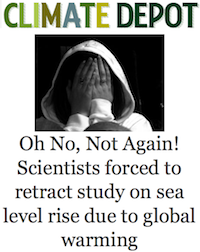 At the time deniers were ecstatic, because the study, Constraints on future sea-level rise from past sea-level change, predicted an estimate of sea level rise of between 7 and 82 cm for 2100, lower than the estimates of several other studies and even a report by the Bush administration. And while this estimate is similar the the IPCC report, the IPCC omits sea level contributions due to increases in the rate at which ice sheets melt as the climate warms.

This gave the deniers some support to the notion that sea level rise was not something we needed to worry much about, and they promoted it heavily, even though a rise of 82cm is still worrisome for millions of people around the world.

However it didn’t take long for flaws to be found in the study, and the authors did the right thing and asked for their paper to be retracted.

Scientists who challenged the possibility of catastrophic sea level rise in coming decades have retracted their argument. Mark Siddall, whose paper claimed sea level rise from global warming could not be more than 82 centimeters (32 inches) by 2100 — despite other estimates of up to 1.9 meters — asked for the conclusions published in 2009 in Nature Geoscience to be retracted, accepting corrections from researchers who had made the higher estimate.

Now, thanks to a misleading headline in the Guradian (bad headlines are becoming somewhat of a trend) which incorrectly casts the entire notion of sea level rise in doubt, deniers are tripping over themselves claiming that this somehow casts doubt on global warming. Or more accurately that global warming is not the threat it is made out to be, but most deniers don’t bother with such distinctions.

Nothing could be further from the truth. This study’s estimates were low compared to other studies that have been published; the fact that it has been retracted lends more weight (though the question of how much sea level will ultimately rise is not yet settled) to the possibility of more seal level rise, not less.

Vermeer’s results are confirmed by another study that approach the sea level question from a different angle, examining the dynamics of calving glaciers (Pfeffer 2008). The conclusion was a predicted sea level rise of 80 cm to 2 metres by 2100. Further evidence of the ice sheets’ high sensitivity to warmer temperature comes from paleoclimate studies of the last interglacial period 125,000 years ago. At that time, global temperatures were around 2 degrees warmer than now. This is the amount of warming expected for some of the lower emission scenarios. At that time of the last interglacial, sea levels were at least 6 metres higher than present levels. So while we expect sea levels to rise up to 2 metres by 2100, they will continue to rise afterwards to at least 6 metres.

Hardly something you would expect deniers to highlight.

This exposes a few things about deniers. First they don’t bother to read much past the headlines, or check the original source. Had they, they would have seen that this retraction is not something they would want to promote. Secondly their arguments are not required to be consistent. One cannot cheer when a paper is published, and again when it is retracted and remain consistent. Either the paper strengthened your case, and thus its retraction weakens it, or vice versa.

And most importantly, the fact that deniers use the self-correcting nature of science as evidence that the science is wrong, shows that they have no interest in promoting truth. Mark Siddall  did the right thing when he asked his paper to be retracted, as did the scientists who first discovered the error. It is this property of science that makes it valuable.

Anyone criticizing the self-correcting nature of science is not interested in the truth, only in scoring cheap political points.

UPDATE: There is some confusion making the rounds about what Siddall et al. meant when they said this in their retraction:

we overlooked that the simulations of the twentieth and twenty-first centuries are sensitive to this time step, which led to an overestimation of the sea-level response to warming in the simulations for these centuries

Many have interpreted this to mean that this meant that they overestimated sea-level rise. But this assumes that sea level rise and sea level response are the same thing. They are not:

From Rahmstorf’s original criticism at Real Climate, which eventually led to the correspondance which led to Siddal retracting the paper:

Siddall et al. in contrast find a time scale of 2900 years, but introduce a non-linearity in the equilibrium response of sea level to temperature (see their curve in Fig. 1 and footnote 3 below): it flattens off strongly for warm temperatures.

UPDATE 2: Peter Sinclair has touched on this issue on his latest Climate Crock of the Week: