My last article took issue with the trend of calling extreme heat-waves (like the one currently affecting much of the US) a new normal. But that doesn’t mean that the normal climate hasn’t shifted. This is made clear by this animation made from data in Hansen et al. 2012:

Clearly the climate has shifted. But take a look at the end of the animation: 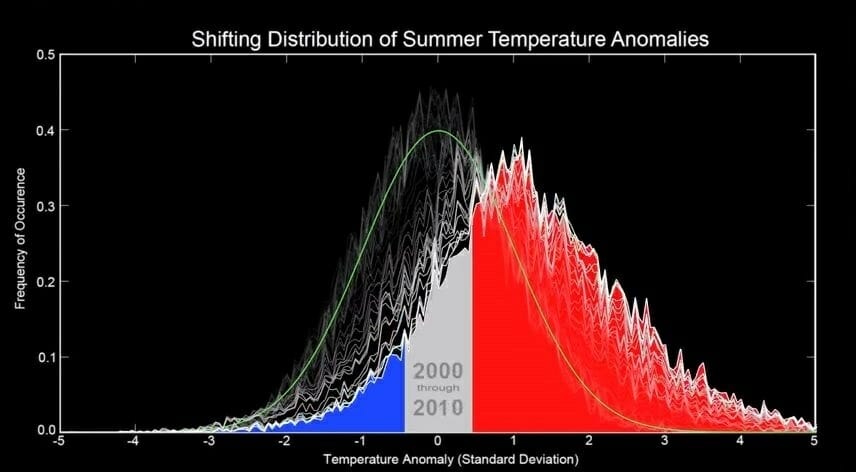 The top of the bell curve has shifted to the right so it now lies between 1 and 2 sigma. This is a clear shift and by any accounts it represents a disaster. But what about this year’s heat-wave. That too is a disaster, but all indications point to it being a 3 sigma event or greater. Again take a look at the end of the above animation. The 3 sigma point on the x-axis does not represent anywhere near the top of the bell curve.

The top region of the bell curve is the average climate. It is what most people would consider normal (even if they don’t really understand what a bell curve represents). Anything to the left is colder than normal, while anything to the right is warmer than normal. The current heat-wave is well to the right of the top of the bell curve. That is what I mean when I say this summer’s temperatures are not a new normal, though they do represent the direction normal is heading.