Volcanoes just aren’t that large a source of CO2. Via Information is beautiful. 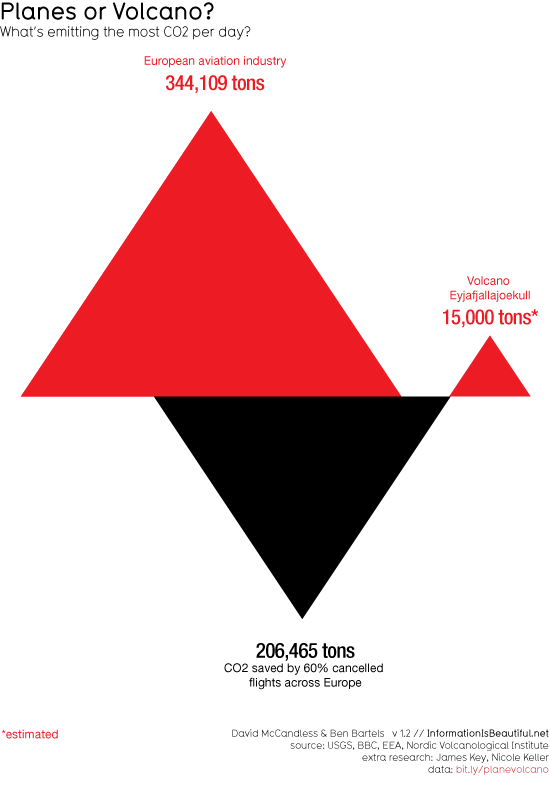 UPDATE: The other question that keeps popping up about the Eyjafjallajokul eruption, is its potential cooling effect on the climate. So can we expect cooling?

Not likely, according to Rutgers University environmental sciences professor Alan Robock, an expert on how volcanoes alter the composition of the Earth’s atmosphere. According to Robock, the Icelandic eruption hasn’t contributed enough sulfur dioxide to the upper atmosphere to significantly alter the climate.

“From what I’ve seen from the observations so far, there hasn’t been enough put into the atmosphere to have a large climate effect,” he said in a telephone interview…

Robock noted that the ash cloud that is cancelling flights would not alter the climate, since it will fall out of the air in a matter of days. “What’s dangerous for airplanes is not what causes climate to change,” he said. 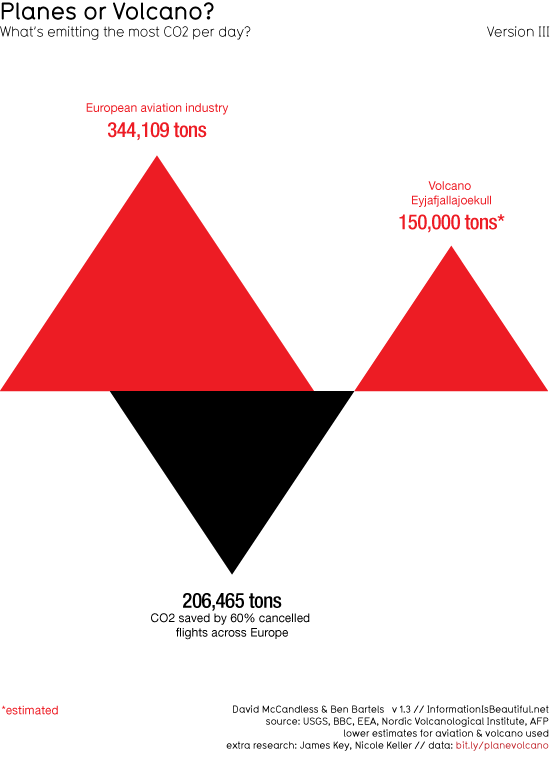 UPDATE 3: Just so there is no misunderstanding about the amount of CO2 emitted from volcanoes, the USGS has this to say:

Comparison of CO2 emissions from volcanoes vs. human activities.

Scientists have calculated that volcanoes emit between about 130-230 million tonnes (145-255 million tons) of CO2 into the atmosphere every year (Gerlach, 1991). This estimate includes both subaerial and submarine volcanoes, about in equal amounts. Emissions of CO2 by human activities, including fossil fuel burning, cement production, and gas flaring, amount to about 27 billion tonnes per year (30 billion tons) [ ( Marland, et al., 2006) – The reference gives the amount of released carbon (C), rather than CO2, through 2003.]. Human activities release more than 130 times the amount of CO2 emitted by volcanoes–the equivalent of more than 8,000 additional volcanoes like Kilauea (Kilauea emits about 3.3 million tonnes/year)! (Gerlach et. al., 2002)

No matter how big this eruption may seem, its output of CO2 is dwarfed by our own GHG emissions.

And here is Eyjafjallajökull in all its glory: 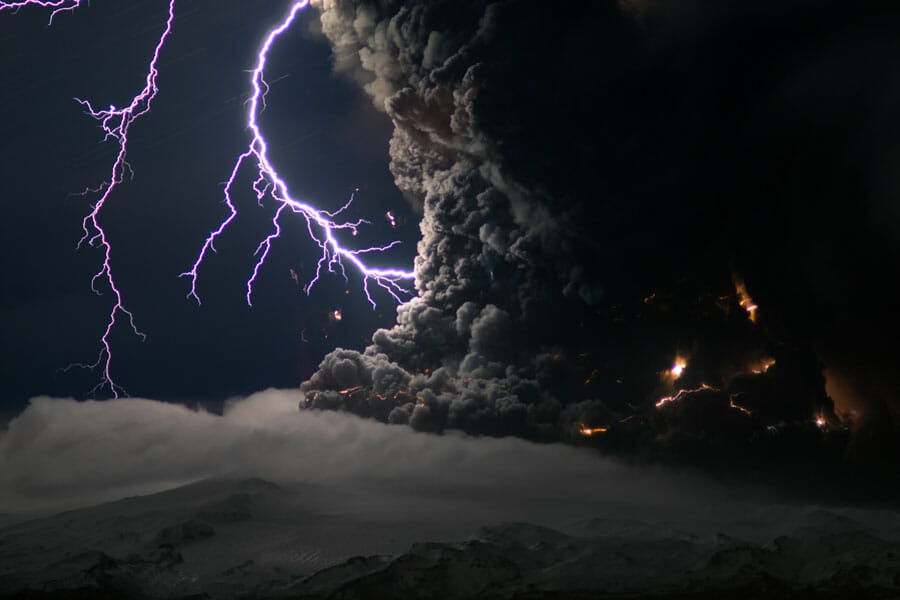 4 thoughts on “Planes vs. volcanoes”