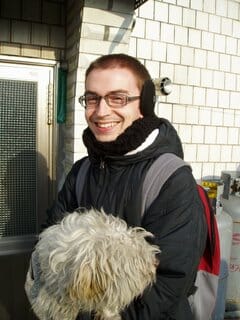 I have. He was bumming around Khao San when I ran into him. Of all the people I know, I guess he was the most likely person to bump into, as he was also traveling around S.E. Asia, but I was under the impression that our schedules were not going to cross so we would not meet. You can imagine my surprise when I saw him.

For those who don’t know him, his name is MATT! and he has been in Korea for the past year.

We ended us at the Gas Station (an old Shell gas station that has been converted into an open air bar) drinking Sangsom whiskey out of a bucket… it was a great time.

The plan is to take the train to Laos tomorrow night, and slowly make our way south into Cambodia.