There are not supposed to be any elephants in Bangkok. 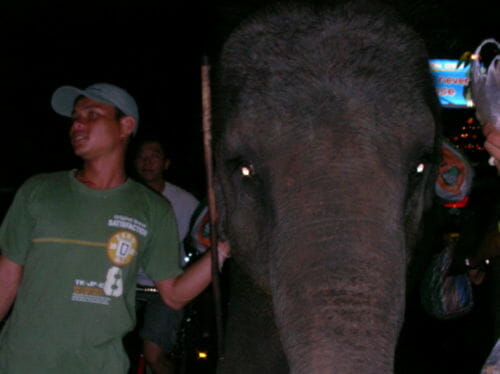 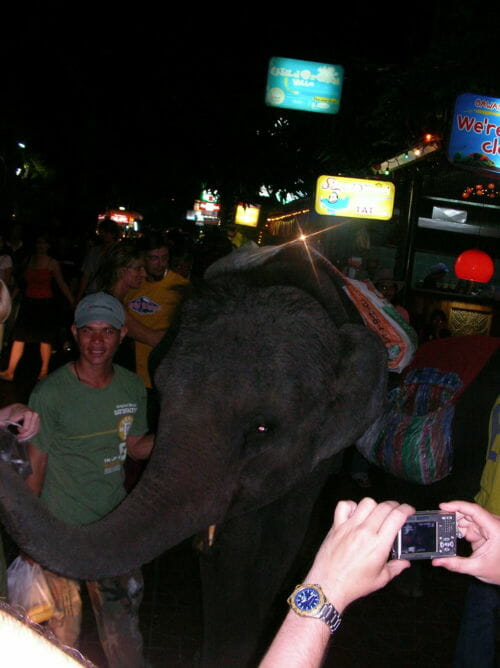 they do not belong in the city.

Their owners were selling food so you could feed the elephants, and were even trying to charge people for taking pictures.

The problem is that most of these elephants have no work (other than tourism) because the government outlawed all logging in 1989. Many times the owners, in a desperate attempt to make enough money to feed these animals, must take them into the city; there are also a few people that seem to make a good living exploiting these animals. The problem is not an easy one to solve.

2 thoughts on “Elephants in Bangkok”