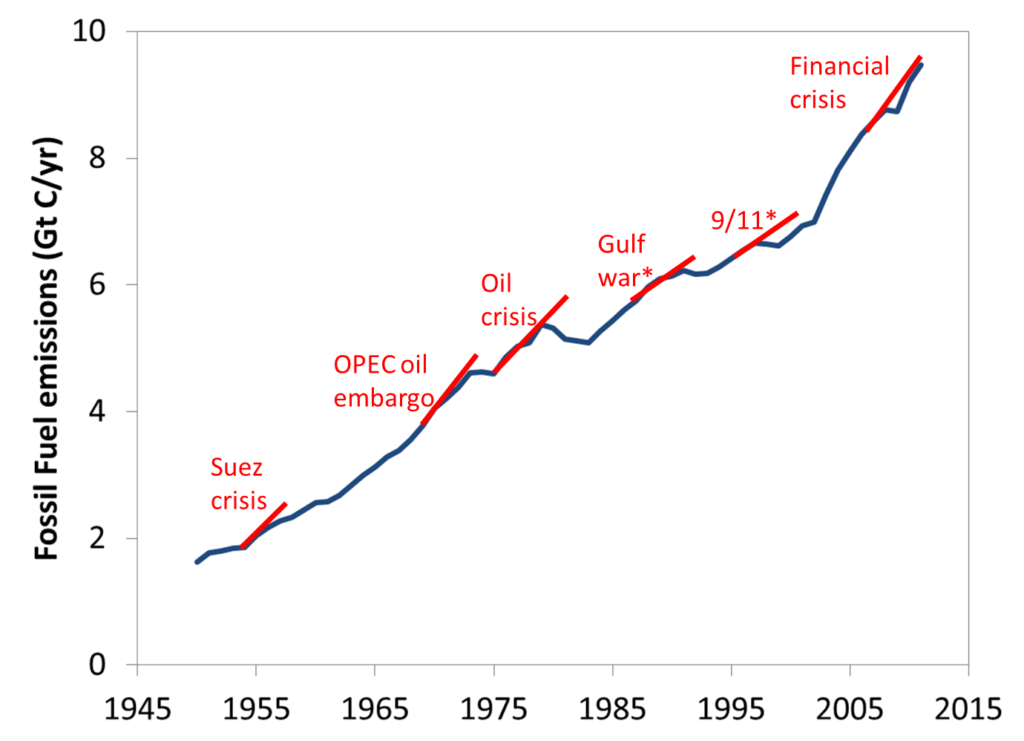 The recent world financial crisis appears, on the surface at least, to be an exception. Carbon emissions stopped rising in 2008 and 2009, but rebounded so strongly in the past couple years, that emissions have reached the level to which they appeared to be headed, presuming linear extrapolation, before the crisis.