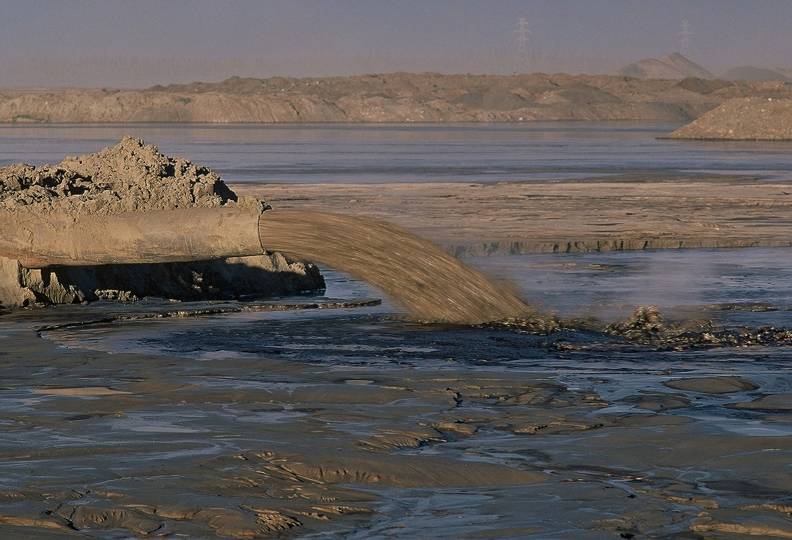 The decision to approve the keystone XL pipeline might have been delayed until 2013 (which the cynic in me says is just so that it can then be approved without hurting Obama in the next election), but that doesn’t mean the argument over the tar sands is over. In fact, as James Annan recently pointed out “in order to prevent development, the opponents have to keep on winning, for as long as anyone tries to develop the area. In contrast, the developers only have to win once”.

The tar sand and pipeline developers have only been defeated once. As long as there are absurd amounts of money to be made they will not give up. Plans to build a pipe-line to the Pacific ocean are already on the table, as is a new route to the gulf coast that avoids some of the more environmentally sensitive areas in Nebraska.

One way tar sand supporters will continue to push for more tar sands development is to continue their efforts to try to re-brand the tar sands from dirty oil to “ethical oil”.

Yes ethical oil, as opposed to oil from the middle east which, presumably, is unethical. Or as some have put it, “conflict oil”.

The basic argument for ethical oil is that since Canada doesn’t bankroll terrorism or the oppression of women or fanatical Islam, therefore the oil from Canada, despite being dirtier, is ethical while the cleaner oil from Saudi Arabia is unethical. This line of thinking has been adopted by prominent members of both Canadian and American governments who are essentially asking “where do you want the gas in your tank to come from next time you fill up?”

Readers of this site can undoubtedly think of many reasons why the very notion of oil that is somehow ethical is absurd, and indeed since the ethical oil argument was first proposed by Ezra Levant, many people have shown it to be bunk.

But think about the logic behind the ethical oil argument. First it completely ignores the environmental impacts of the tar sands. In this case there is the the foolishness (albeit extremely profitable foolishness) of developing new unconventional and dirtier sources of fossil fuels at a time when we know full well that the continued burning of fossil fuels will take us down a very dangerous path.

Even if we too ignore the environmental impacts of the tar sands the logic of ethical oil doesn’t stand up. What ethical oil promoters like Ezra Levant are asking us to do is to put Canada on a scale balanced by things like woman’s rights, support for terrorism, and religious freedom, against oil-producing countries like Saudi Arabia. As a Canadian I might be biased, but Canada, in all the respects listed above, comes out well ahead of Saudi Arabia or virtually any other OPEC country. As long as those scales are tipped in Canada’s favour the tar sands oil will remain ethical, at least by Ezra Levant’s standards.

A hypothetical Canada could decide to start bankrolling terrorism, and eliminate religious freedoms, but continue to support woman’s rights and, despite the fact that you and I and the virtually every Canadian would be appalled, the scales would still tip in Canada’s favour. The tar sand oil would still be ethical.

This is because at no point in the ethical oil argument does anyone bother to ask “Is this the Canada we want?” No, as long as we are a smidgen better than your average OPEC nation we can pat ourselves on the back and claim that we are ethical.

It should be abundantly clear that this is not the way to make an argument on the grounds of ethics. But then it really isn’t about ethics is it?

At its heart the ethical oil argument is about the notion that sending vast amounts of money to places like Saudi Arabia to purchase oil is unethical. But even the oil friendly Petroleum Economist understands that:

These are strange arguments that show little grasp of the global economy, or the way its most important commodity is traded.
…
Oil is also a globally traded commodity and tends, roughly speaking, to follow the laws of supply and demand, so any reduction in US imports from the Middle East would simply make more – and cheaper – Saudi Arabian crude available for the growing oil-consuming economies of Asia.

Canada simply does not have the capacity to exert a strong influence on the price of oil, there doesn’t exist enough excess supply to make a dent in the price.

So even if an entire country were to choose to switch to 100% pure tar sands oil instead of Saudi oil (not that this is a possibility for a country such as the US) the amount of money flowing into the Saudi oil coffers wont change in any meaningful way. The only real way of reducing Saudi oil revenue is to reduce the demand for oil. Since the price of oil, for the most part, follows the laws of supply and demand a strong reduction in demand would lower the price of oil and thus the amount of money flowing to Saudi oil coffers.

But strangely this argument is nowhere to be found amongst the promoters of ethical oil, many of which have actively lobbied against any policies which might reduce our dependence on oil and thus reduce demand, both for Canadian tar sand oil and Saudi oil.

And this strikes to the heart of the hypocrisy of the ethical oil argument, because by their own standards the promoters of ethical oil are acting unethically. By working against policies that might slow the flow of money into Saudi oil coffers they reveal their hypocrisy.

But then the entire ethical oil argument has never been about ethics. It has always been about finding an excuse, any excuse, to further develop the fundamentally unsustainable tar sands.

8 thoughts on “The unethical proponents of ethical oil”