The recent Australasian heatwave has been so unprecedented that the Australia’s Bureau of Meteorology has had to add a new colour (purple) to represent the hottest region: 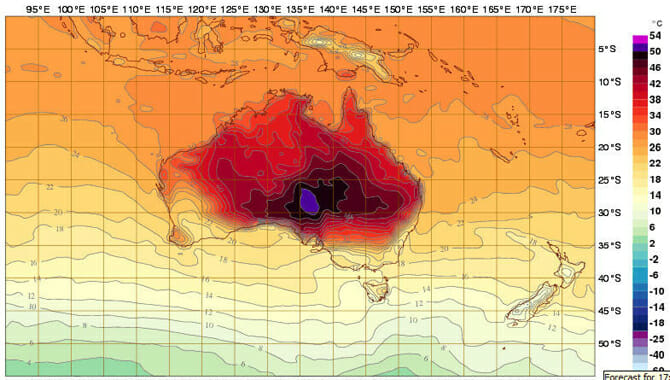 But the Australia’s Bureau of Meteorology new colour is not unprecedented. In 2010/2011 the arctic got so hot that James Hansen was forced to add the colour pink to the standard scale: 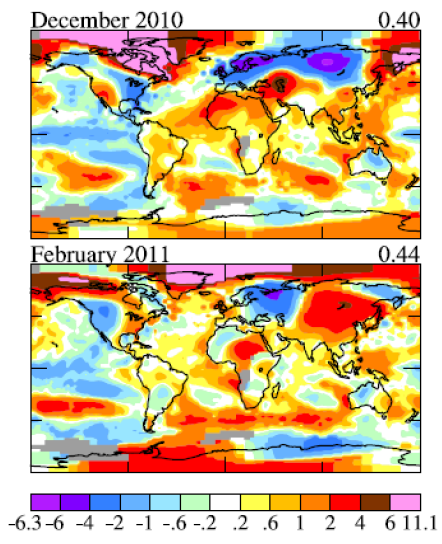 It seems likely that other heatmaps will also prove inadequate to represent the extremely hot temperatures which are becoming much more common, so instead of everyone using their own colours like pink or purple, why not come up with a standard colour to represent the new, more common, extreme.

One thought on “The colour of hot or inadequate heatmaps”