OK OK I lied I did not see batman, but I did see hundreds of thousand BATS! at Tham Chao Lam 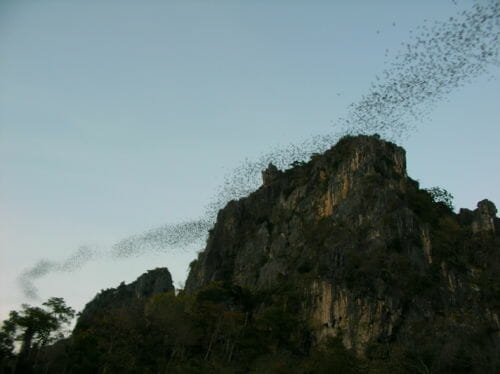 it was one of the most amazing sights I have ever seen. 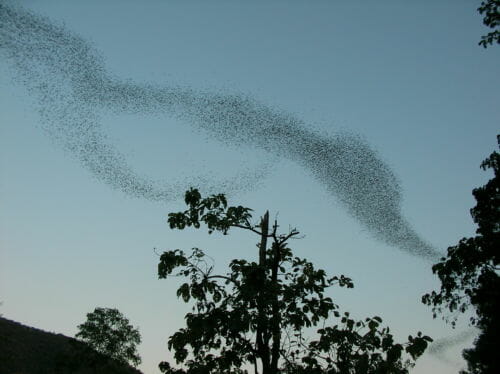 There were just so many of them… can you imaging how many insects they devour every night?

There were also about 10 hawks flying around looking for a tasty meal, and while I am sure that the hawks all had their fill the bats made them work for it. The little bats are so much more agile than the hawks, that the only way for the hawks to get a meal was to fly straight into the bat stream, and hope for the best.

Where there are bats there are CAVES!!! and of course I had to explore the bat cave. This cave had some of the worst air I have ever breathed, sure the oxygen levels were fine, but 100 000 bats can make quite a stink. It turns out that the guano is harvested and sold to local farmers who burn it for heat energy. 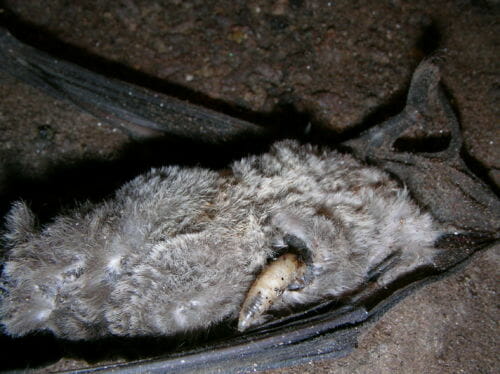 That is one dead bat, and some sort of worm coming out of its body. this was just one of the many wonders found inside the bat cave…

Here are all the rest of the pics