Here we go again! Via RealClimate we have another silly graph from Monckton: 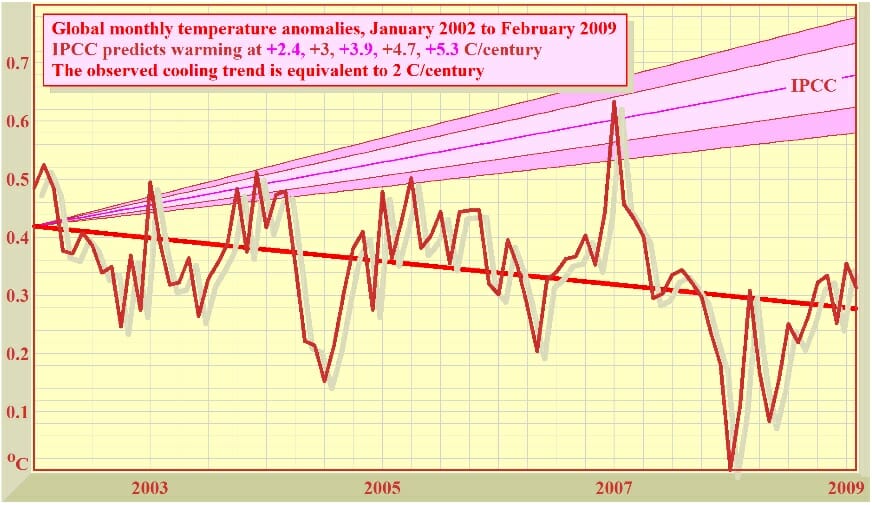 As RealClimate point out this is amusing because Monckton apparently thinks that;

It is the last point that is most amusing since I have chronicled a few of Monckon’s dishonest silly graphs, and more so because he was called out on a similar error just a couple of months ago.

To see the extent of this chicanery, one needs only plot the actual IPCC projections against the observations. This can be done a number of ways, firstly, plotting the observational data and the models used by IPCC with a common baseline of 1980-1999 temperatures (as done in the 2007 report) (Note that the model output is for the annual mean, monthly variance would be larger): 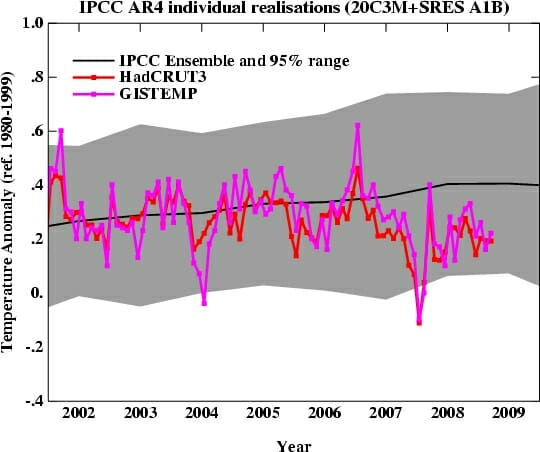 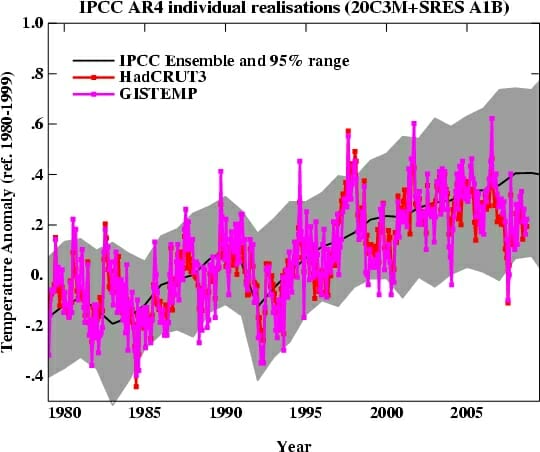 These show clearly that 2002-2009 is way too short a period for the trends to be meaningful and that Monckton’s estimate of what the IPCC projects for the current period is woefully wrong. Not just wrong, fake.

Even if one assumes that the baseline should be the year 2002 making no allowance for internal variability (which makes no sense whatsoever), you would get the following graph: 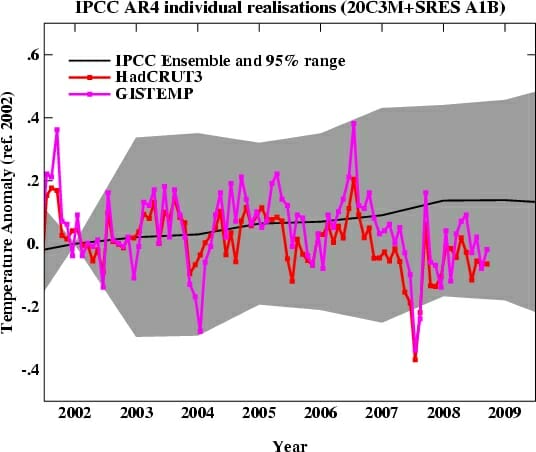 – still nothing like Monckton showed. Instead, he appears to have derived his ‘projections’ by drawing a line from 2002 to a selection of real projections in 2100 and ignoring the fact that the actual projections accelerate as time goes on, and thus strongly over-estimating the projected changes that are expected now (see here).

Perhaps the most ironic aspect of this whole farce is that Monckton entitled his letter “Deliberate Misrepresentation“. This title may be the only true statement in it, of course not in the manner Monckton intended.