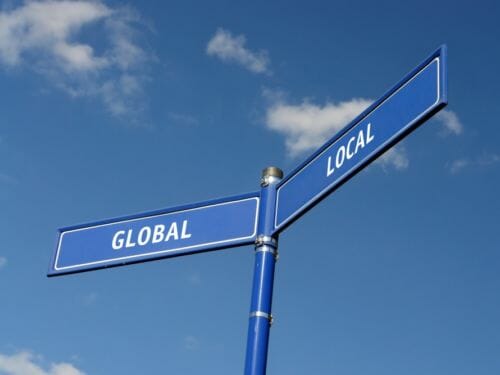 Over at collide-a-scape Keith has inadvertently stumbled upon an interesting observation from an article in the Guardian which states:

The world’s cities have seen a 45% increase in population since 1992, according to the Global Footprint Network, and urban residents typically have a much larger carbon footprint than their rural counterparts.

At first blush this doesn’t even pass the smell test as Keith rightly points out:

Really? And all this time I thought that my Brooklyn footprint was on the lower end of the scale. I’m surprised to hear that my humble apartment in a high density neighborhood and my reliance on mass transit and local shopkeepers is contributing to a carbon footprint larger than that of non-city dwellers. Perhaps I should consider moving my family to the country or the suburbs, where a bigger house would support more children and a place to put all my fun stuff. True, we’d require several cars to meet our transportation and shopping needs, but I’m sure that wouldn’t raise our overall carbon footprint by much.

So it is wrong… or is it? Read the quote from the guardian article. Now read the quote from Keith again. Do you notice the problem? Keith is talking specifically about his situation, but generally about the situation in most developed countries, where it is absolutely true that urban living is more energy efficient than country living.

But the quote from the Guardian is about global trends, not just those in the developed world. In the developing world the energy situation is often reversed when people move out of the country and into cities. It is not uncommon for the rural countryside in a developing country to lack basic amenities such as electricity. In such a scenario someone moving into a city would almost automatically entail using more energy than before.

Of course this doesn’t automatically make the Guardian article correct and I haven’t looked at the data behind that statement so I am not vouching for it. Instead I want to highlight how such a statement is not obviously wrong and that there are very large and important differences between local and global statistics.

Differences we cannot afford to overlook.

2 thoughts on “Local vs global”