We spent the past week camping in Koh Surin National Park in our super confortable Hennesy Hammocks. 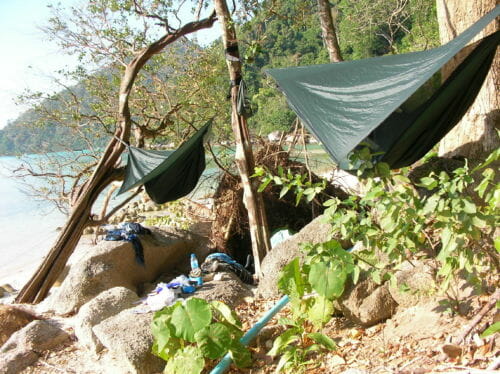 The Tsunami last year caused significant damage to the islands, but the Thais have a fool proof plan in case of future Tsunamis 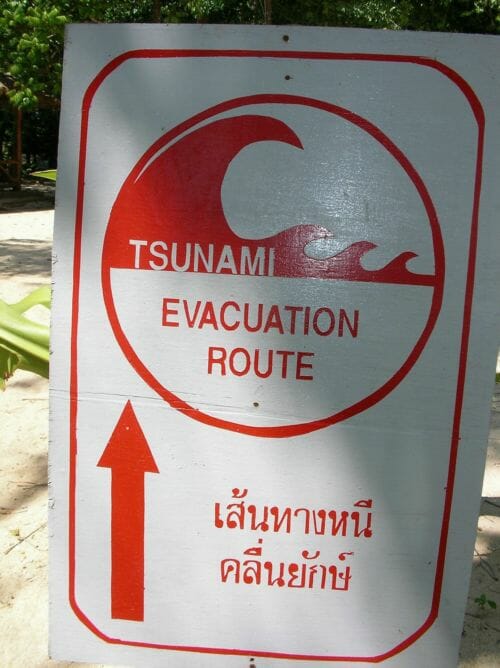 These singes are all over the place, pointing in the direction AWAY from the ocean. Let’s just hope you are a fast runner.

We spent the majority of the time snorkeling in the crystal clear waters of the Andaman sea. We saw so many amazing sights that it is hard to recall them all; some of the highlights were sea turtles, large schools of fish, an octopus, a Morey eel, and a school of hungry barracuda, that almost ate me… maybe; I don’t know their true motives, but it seemed like they were constantly trying to swim around to my rear where they hopped I could not see them, and where their attack was most likely to be successful… I guess I should not have swam up to them. The only downside to snorkeling (besides almost being barracuda food) was that more than a few times the waters were filled with almost invisible jellyfish tentacles, that had been detached from the rest of the jellyfish. These tentacles would sting us all over, and there was little recourse from the burning, aside from getting out of the water or peeing on ourselves. As it turns out the ammonia in pee deactivates whatever in the tentacles happens to be stinging you. None of those options were particularly appealing so we just kept on snorkeling, trying out best not to think about the stinging disembodied tentacles of burning.

Unfortunately the majority of the sights were underwater… so no pics for you!

One of the above water sights was a Moken or Sea Gypsies Village. 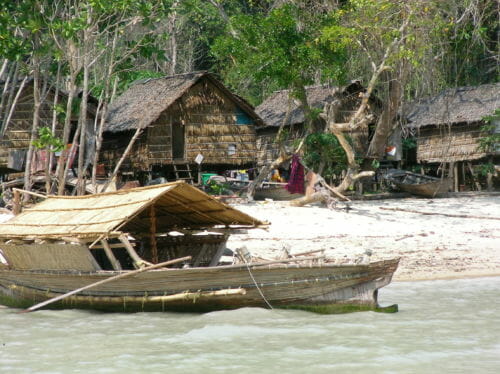 We spent one morning strolling around the village observing their way of life. Typically they spend 3-6 months at sea living in small boats; during this time it is very rare for them to come to shore, they are completely dependant on the sea. They only return to shore when the weather becomes to rough to safely survive out on the ocean (during the rainy season). The village we visited was much more permanent, with Moken living in it year round, only leaving on their boats to gather foods from the ocean. 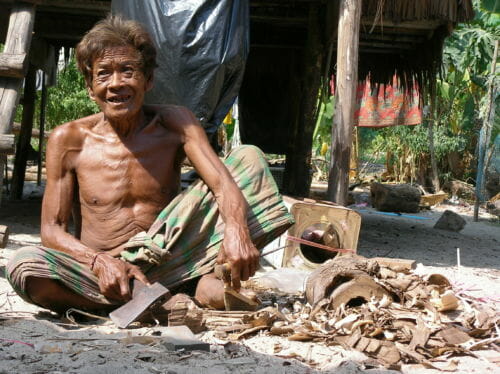