The day after our Trek, I decided to hike to Gua Telingga, a cave about 3km from where we were staying.

While this cave dos not have very impressive formations, it does have a healthy number of… 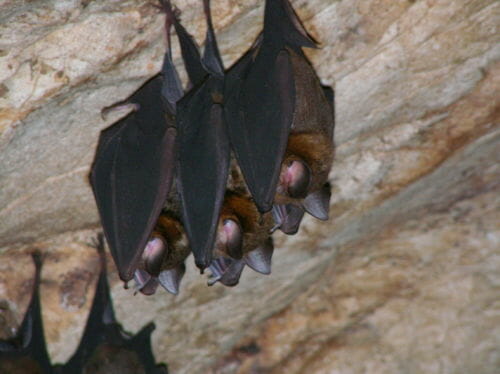 They were so close you could reach our and touch them. The cave is quite difficult to get into; requires crawling through some tight squeezes, but the rewards are worth it.

I spent over an hour sitting and watching a group of bats that were perched about 30cm from me. 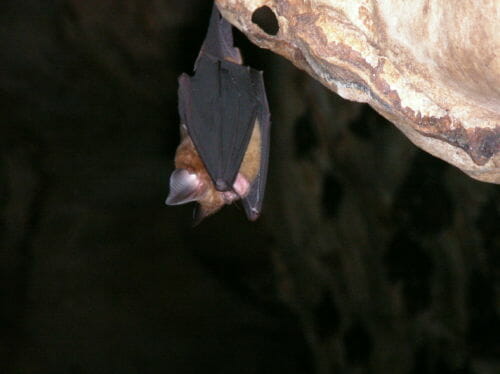 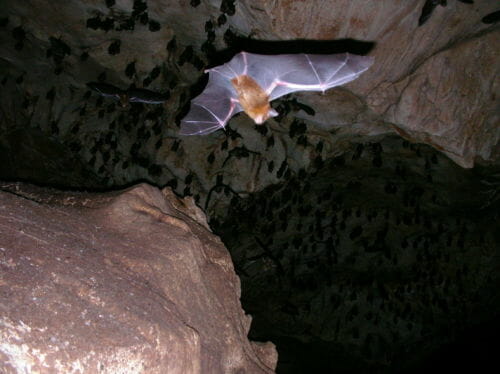 This was a great experience until I decided it was time go go back, and I realized that I was unsure of the way out. I was by myself exploring the cave trying to remember which way the exit was; it took about a 1/2 hour to find the correct way out. When I did finally find the way out I got to excited, and slipped smashing my shin on some (very hard) rocks. The pain was quite intense, and even as I write this a few days later my leg is still painful. Some how I managed to get back out of the jungle to safety.

The things I’ll do just to see a few bats.

Herr are the rest of the pics