The arctic sea ice is melting fast, currently the area is near that of June 2007, which was the June with the lowest sea ice area on record. 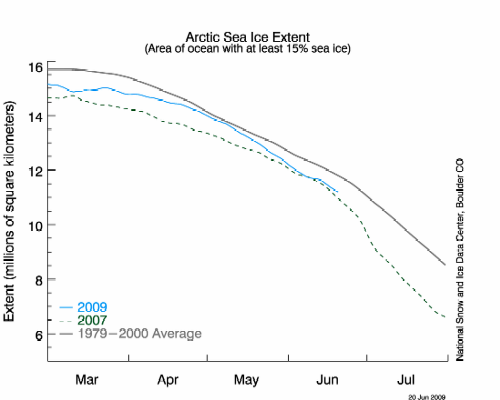 Given all of this, we should expect the deniers who were previously claiming that the sea ice had recovered (and by extension that global warming was bunk) to issue corrections indicating that, in fact, the arctic sea ice had not recovered. Right? I’m waiting…

As Coby Beck points out it is worth remembering that: