In North America coal use might be down thanks to the abundance of cheap natural gas but the global perspective looks very different: 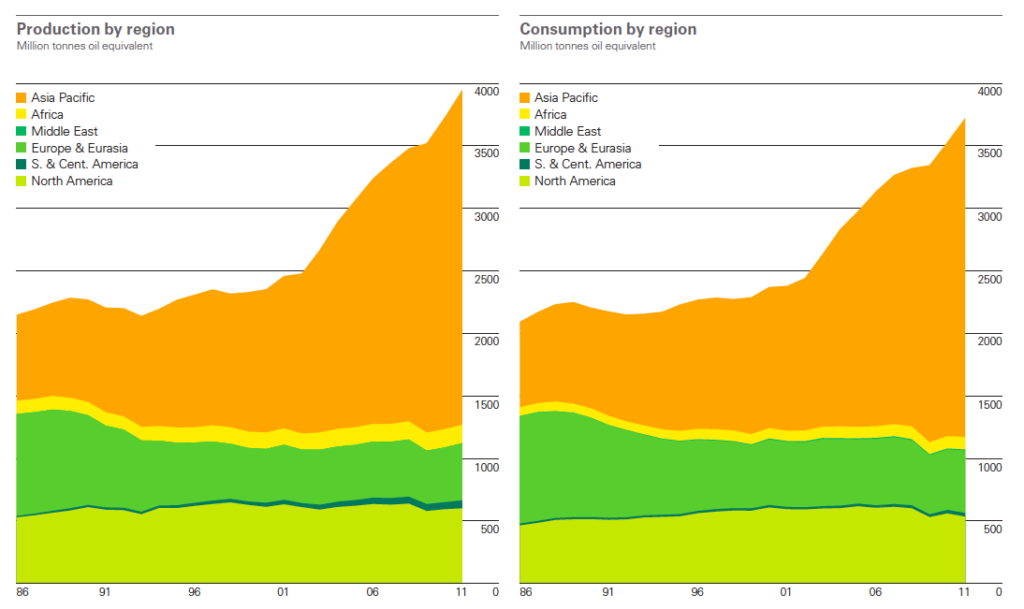 According to the latest BP Statistical Review of World Energy, coal consumption grew 5.4 percent in 2011 and coal production grew by 6.1 percent, giving the resource a 30 percent share of the global energy market. The steep decline in U.S. consumption was offset by a massive increase in the Asia Pacific region, which accounted for all the net growth in 2011.

That growth in coal consumption was the primary driver of the record levels of global carbon dioxide emissions in 2011, causing a leading energy economist to worry that “the door to a 2°C trajectory is about to close.”

3 thoughts on “A terrifying graph”