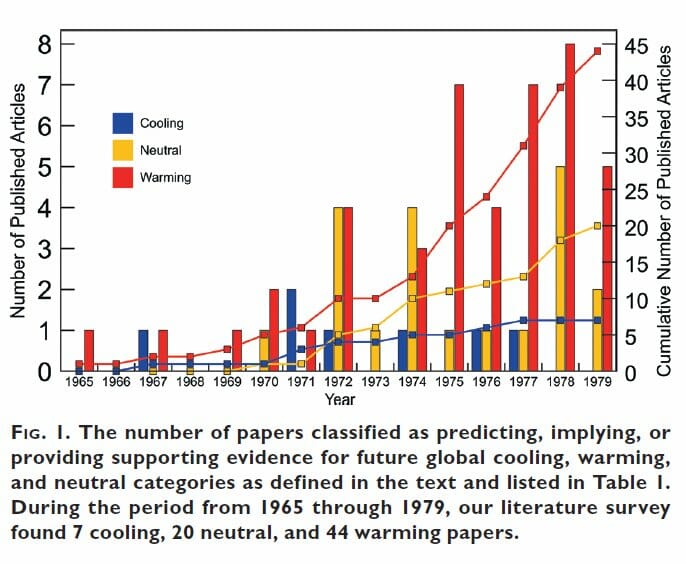 One of the most enduring climate change denier myths is that in the 70s the scientific consensus predicted global cooling. Despite the fact that the authors who originally published such studies quickly realized that they overestimated the cooling effect from aerosols, and underestimated the warming effect of greenhouse gases, deniers claim that because the science was wrong in the past, it cannot be trusted in the present (can you imagine if we actually applied that standard to the real world?).

Unfortunately for those uninterested in an honest look at the issue, this claim is demonstrably wrong.

A new literature review of climatology papers from 1965 to 1979 published in BAMS (I first wrote about it here) shows that even at the height of the global cooling ‘consensus’ far more papers predicted warming than cooling.

Of course this is nothing new, but deniers have a way of ignoring massive amounts of studies so I suspect that this myth will live on.