With the help of a local Guest House owner (we could have NEVER done it with out him) we were able to get all the supplies needed for our trip. 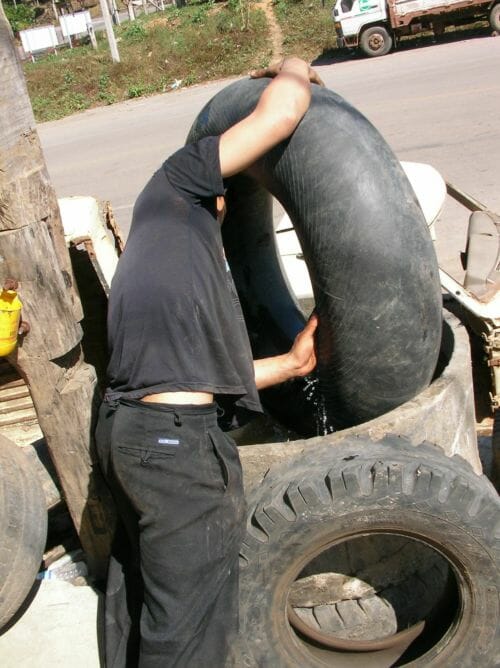 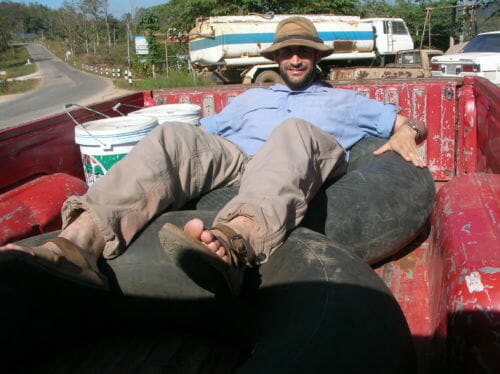 but we still needed to find a 3rd tube to attach all our gear to. We were able to find a shop that sold smaller inner tubes, but sadly the one we bought developed cancer and was not going to be river worthy.

Tui, our very gracious trip organizer, convinced us to get a bamboo raft to attach our gear, and in case we puncture one of our tubes.

So with some final planning and our trusty ‘map’… 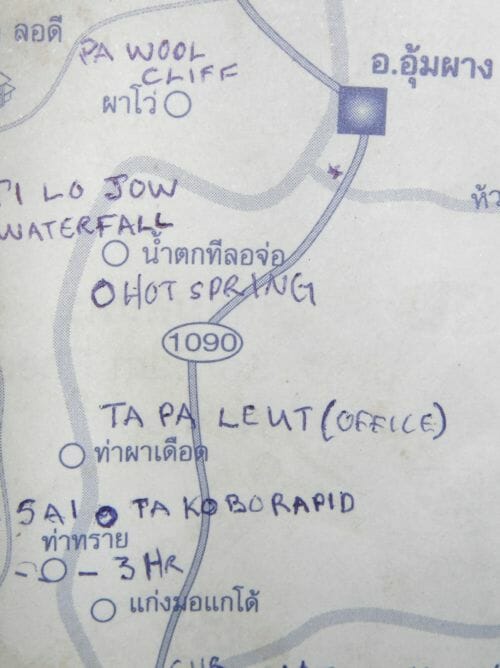 we were off down the Um Phang river and the Mae Klong river. 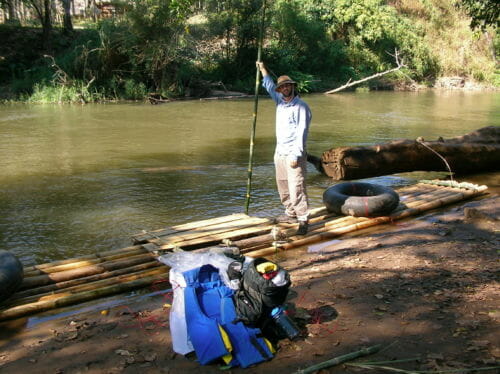 Unfortunately we spent the first 2 days frantically trying to avoid all obstacles, but since a 7 meter long bamboo raft is not an easy thing to maneuver (especially when you don’t know what you are doing) on a fast moving river we tended to hit everything in our path. A few times we narrowly missed being swept into undercut banks, or tossed overboard into ‘stream habitat complexity’ (read: large woody debris) which are two of the most dangerous things in any fast moving river.

We finally made it to Thilawjaw waterfalls, which are absolutely amazing. The falls stream water over a 100 meter tall limestone cliff directly into the Mae Klong river. 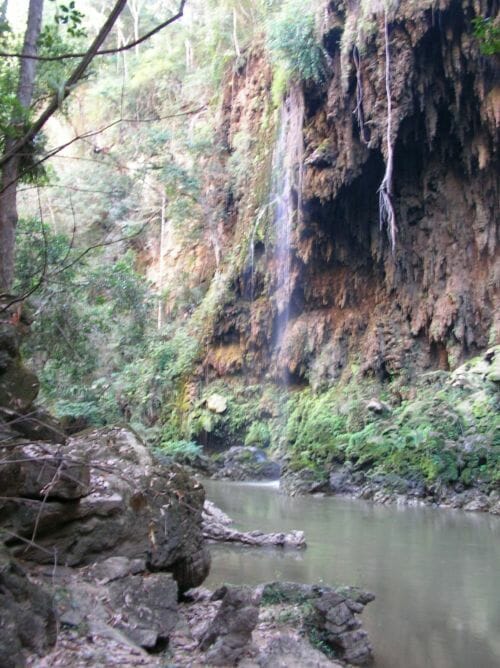 This is where we spent the night. 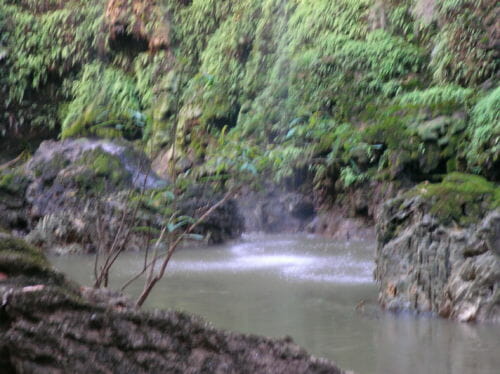 Through out our stay at the falls the cliffs made thunder like sounds; we could only hope that the sounds were a normal occurrence at the falls, and not an indication that the cliffs were about to collapse into the river. That would have been stunning to watch… for the few seconds before our untimely death . 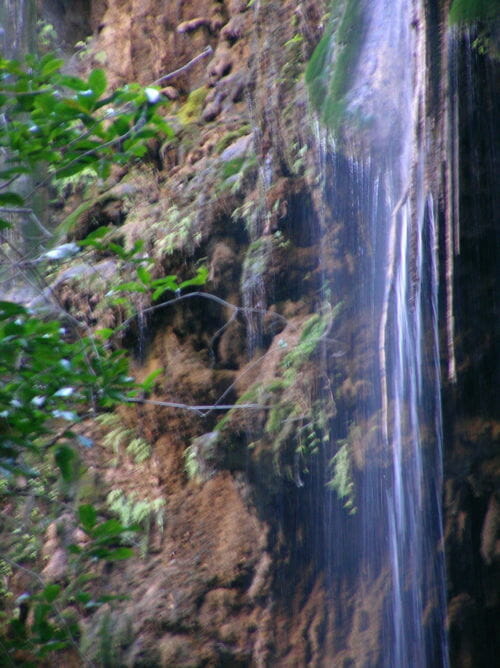 This place was so amazing that it took us several hours the next day to decide to leave the tranquility of the falls and brave the river again.

Luckily the second day took us through relatively obstacle free sections of the river, but our control of the raft was anything but good. After about 1 hour on the river we made it to our destination: some hot springs on the side of the river. We spent the night camped near the hot springs, and they even sold food so we did not have to cook (we were lazy).

On our last day some local Thais convinced us that they should help us get through some nasty rapids that were a a few minutes ahead; reluctantly we agreed, and it was the best thing we could have done. Observing the Thais for a few minutes, we quickly learned what we were doing wrong, and after the rapids when the Thais left us alone, we steered the raft with ease. The difference was like night and day. When we arrived at our destination I was so confident in our abilities that I wanted to extend our trip, and brave two rapids further down stream, which had 3 nasty rocks we had to avoid. Breanne was not feeling quite as adventurous, (or as confidant in our abilities) and I was not about to push Breanne to brave potentially dangerous rapids if she was not feeling confidant in our abilities. It was probably for the best that we did not face the rapids that lay down stream since there was a good chance we would flip and go for a swim down the rapids; our gear would all have been dumped and possibly lost to the river.

There is nothing like going on a trip of this nature with little experience and no guide to get the adrenalin flowing.