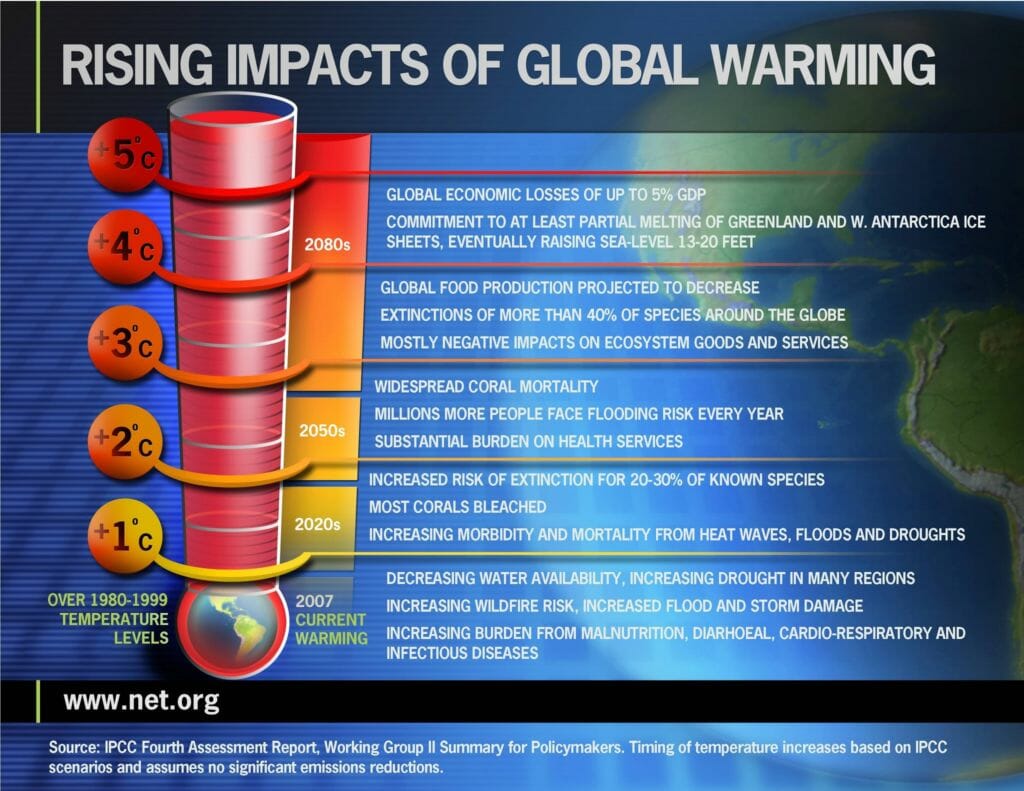 Key findings of the report include:

As bad as this report is, some governments, who like to deny, censor and cloud scientific reports that don’t agree with their policy, tried to water down some of the most dire predictions of the reports.

More than 100 nations in the U.N. climate panel agreed a final text after all-night disputes during which some scientists accused governments of watering down forecasts about extinctions and other threats…

Scientists said China, Russia and Saudi Arabia had raised most objections overnight seeking to tone down some findings. Other participants also said the United States, which pulled out of Kyoto in 2001 as too costly, had toned down some passages.

and some in the media, with it’s poor understanding of the scientific method or the peer-review process, claim that ‘that the IPCC, in collusion with governments, is conspiring to exaggerate the science‘ when in fact nothing could be further from the truth.

Global warming scientists are under intense pressure to water down findings, and are then accused of silencing their critics…

For months scientists contributing to the Intergovernmental Panel on Climate Change tussle over the evidence. Nothing gets published unless it achieves consensus. This means that the panel’s reports are conservative – even timid. It also means that they are as trustworthy as a scientific document can be…

This is the opposite of the story endlessly repeated in the rightwing press: that the IPCC, in collusion with governments, is conspiring to exaggerate the science.No one explains why governments should seek to amplify their own failures. In the wacky world of the climate conspiracists no explanations are required. The world’s most conservative scientific body has somehow been transformed into a conspiracy of screaming demagogues.

I don’t like the idea of politicians, or pundits writing scientific reports, it gives me the jibblies, so I have come up with a crazy idea: lets leave the science to scientists.
It might just be crazy enough to work!