Given the recent spade of ‘global warming is over’ articles over the past few months I figured this article by Greenfyre is particularly relevant. 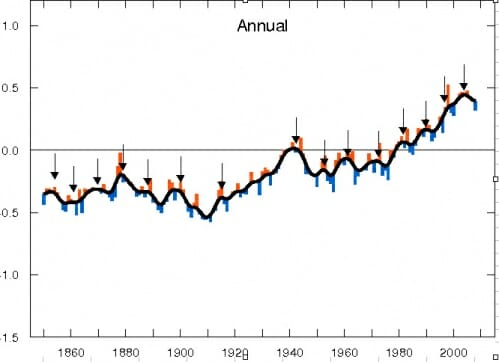 Global Warming ends every decade or so …

As any fool can see climate change ended at least 15 times in the last 150 years, even before it started. I just don’t understand why the Deniers only point to the most recent ending … they like “global warming has ended” so much you’d think they’d want everyone to know about all of them.