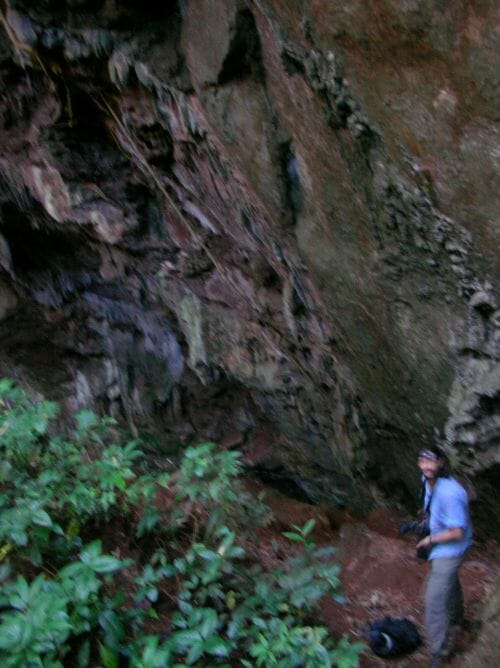 I wanted to see the waterfall fish, but to get to its habitat you have to walk for almost a kilometer upstream in a cave with bad air (low oxygen), so i settled for these fish.

These lived in two pools at the bottom of a large collapsed cave; both species live in complete darkness and have evolved (or de-evolved?) and lost their eyes, and all pigments.

As we were trying to find the cave we went to a nearby guest house where the owner told us that no way we could make it down to see the fish with out a guide. This scared us a little but he gave both if us a bad vibe so we tried anyways.

as we approached the cave we saw a old column that had orange Buddhist prayer flags on it (this place had been blessed… that should provide us some safety right?), then as we were approaching the entrance a huge owl flew out of the cave a short distance from us. 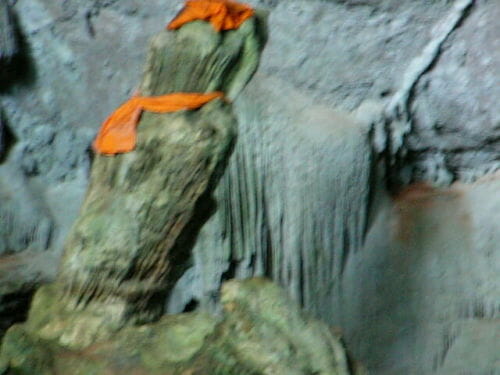 When we found the cave it looked like a hell of a way down (lots of big boulders the size of small homes to climb down into black nothingness), and the fact that it had been raining made everything very slippery. Breanne decided that eyeless cave adapted fish were not her thing so she stayed near the top, while I tried making my way down.

eventually I made it down (and saw some amazing formations… and more cool bats!!!) and found the two small pools full of pinky sized eyeless cave fish!!!.

Then came the tricky part: how to get back up? Not quite sure how I managed to get out, but I did… eventually 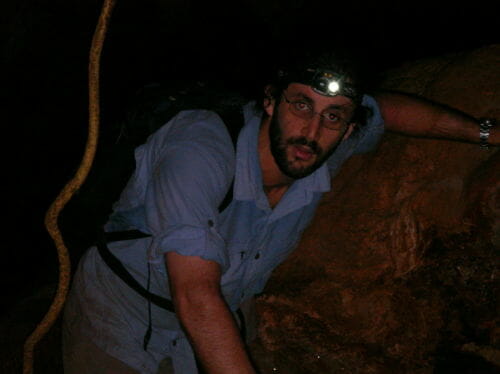