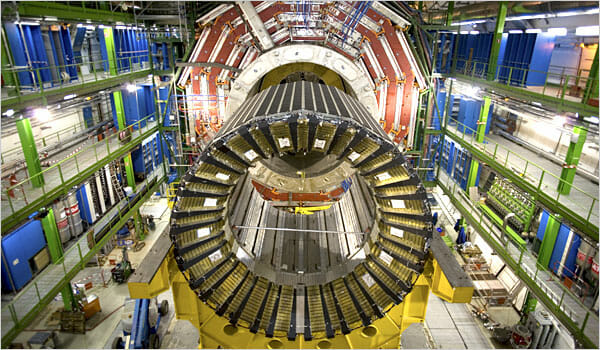 The Large Hadron Collider has been activated, and that means the micro black holes that cranks promised would tear the planet apart can’t be far behind.

[Bat shit insane cranks] think a giant particle accelerator [the LHC] that will begin smashing protons together outside Geneva this summer might produce a black hole or something else that will spell the end of the Earth — and maybe the universe.

But don’t worry too much. Actual scientists aren’t concerned, saying that “each collision of a pair of protons in the LHC will release an amount of energy comparable to that of two colliding mosquitoes” and that:

“nature has already conducted the equivalent of about a hundred thousand LHC experimental programmes on Earth already—and the planet still exists.”

And if that wasn’t convincing enough the LHC Safety Assessment Group, has provided both a fully referenced analysis and a version targeted for the general public.

So no, the world isn’t going to end. This is just one more example of why one should not listen to cranks.

2 thoughts on “Apocalypse to occur any day now”